Shooting a gruesome throat ripping green screen scene in my new studio in St Kilda, with Anthony Scundi as Daryl and Stuart Anderson as Melvin. Cinematography by Filip Laureys, Makeup by Amanda Dickson and Photography by Fabrizio Evans and Directed by Matt Mirams.
Check out behind the scenes stills from the paintball scene here
What is green screen?
A green screen is a key component in a film and television production process known as “chroma keying,” in which foregrounded action is combined with separately filmed or constructed background footage. The process works by filming actors in front of large, bright green backdrops, then isolating and removing that green color range, and replacing it with a different background. It has been utilized for many purposes in filmmaking, making characters and scenes appear to take place in far-off or perilous locations—when in fact the footage was shot in a studio in front of a green screen. 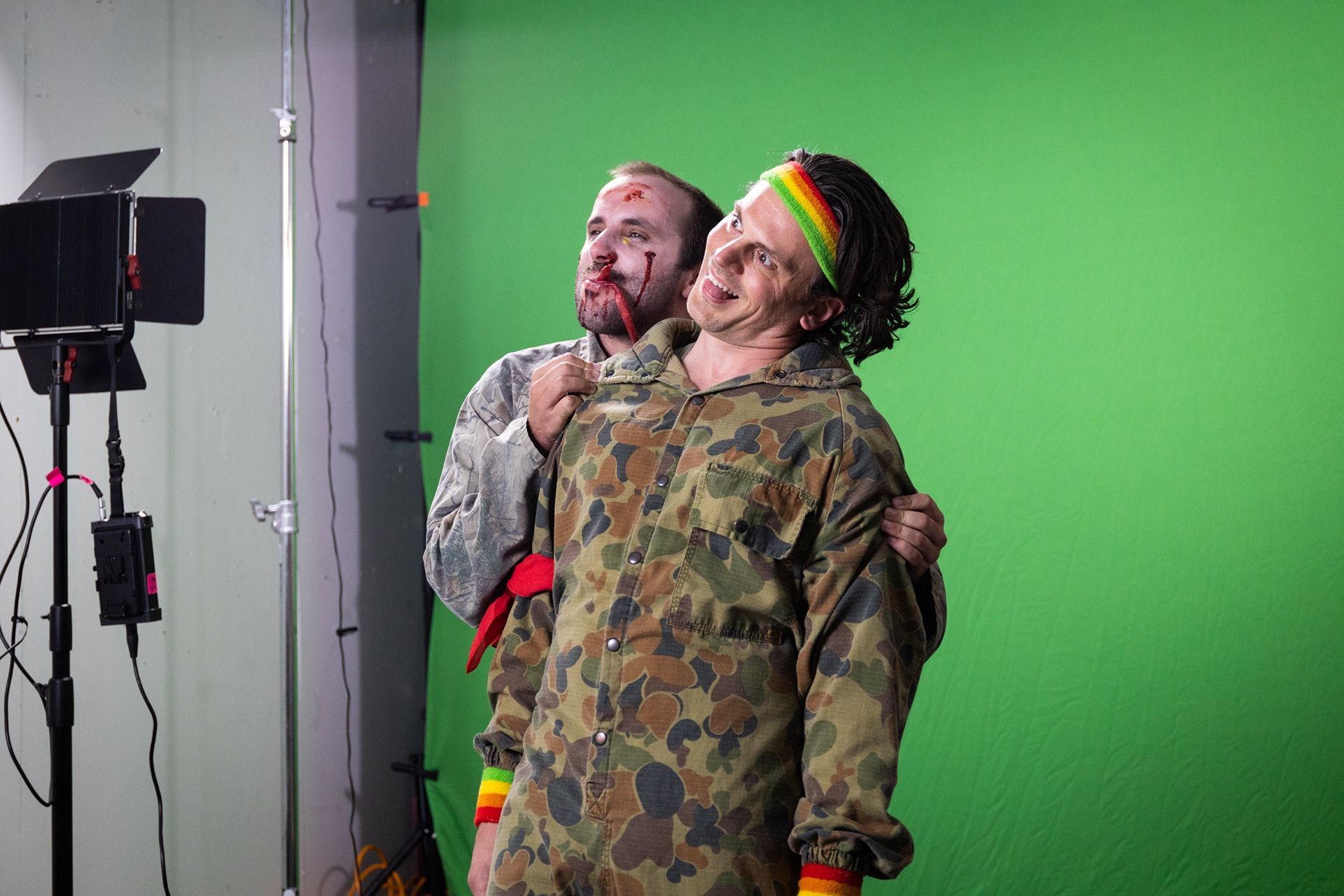 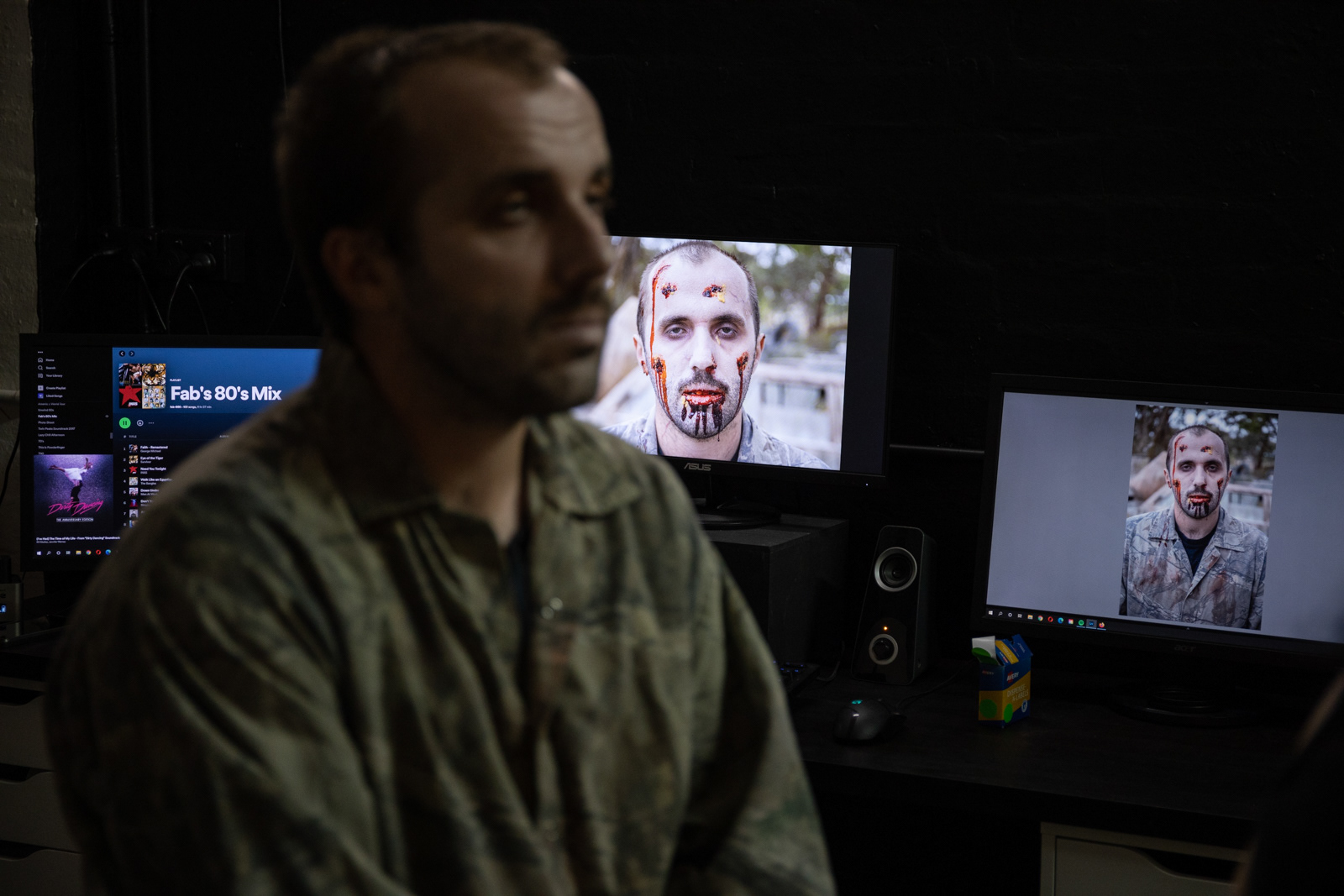 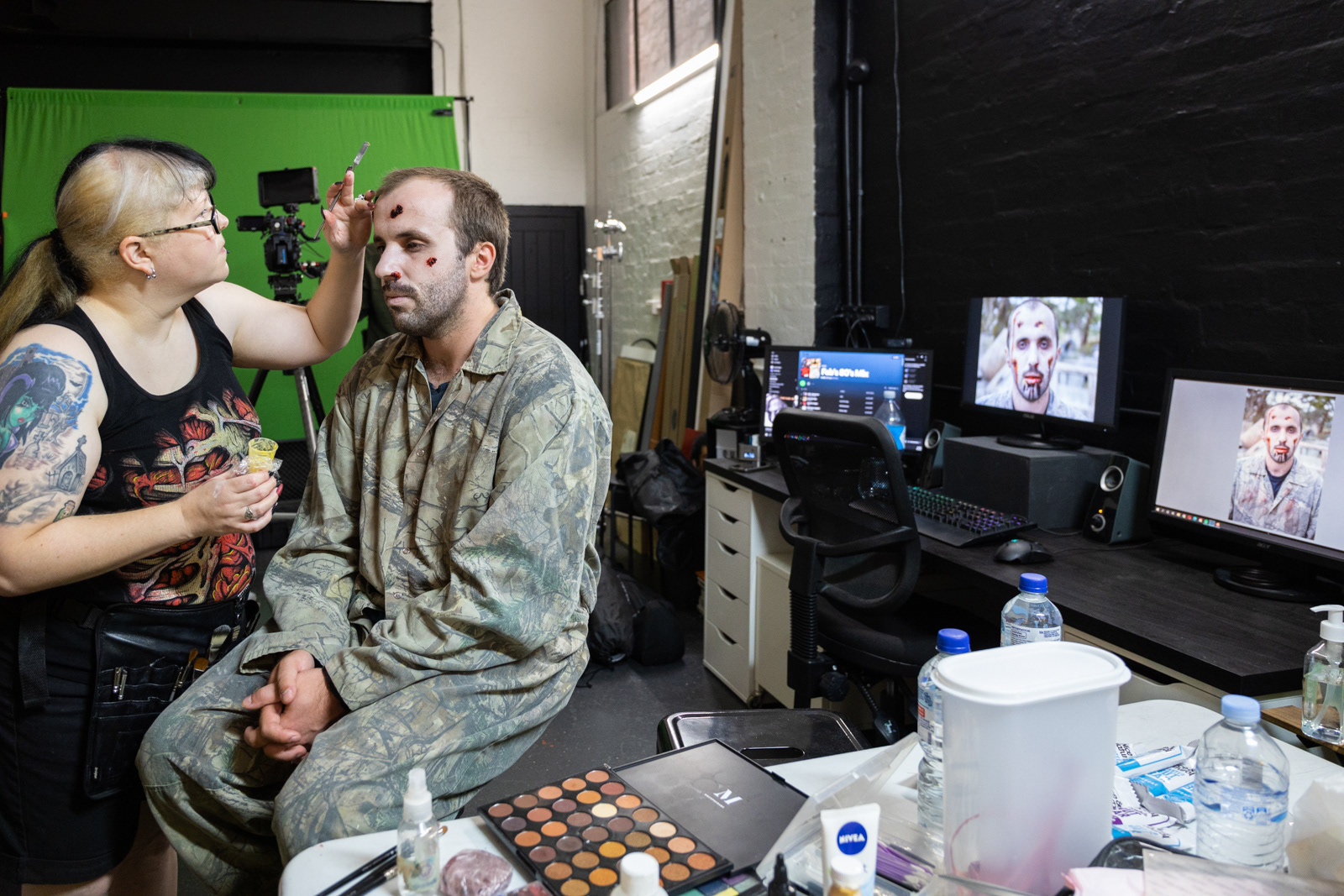 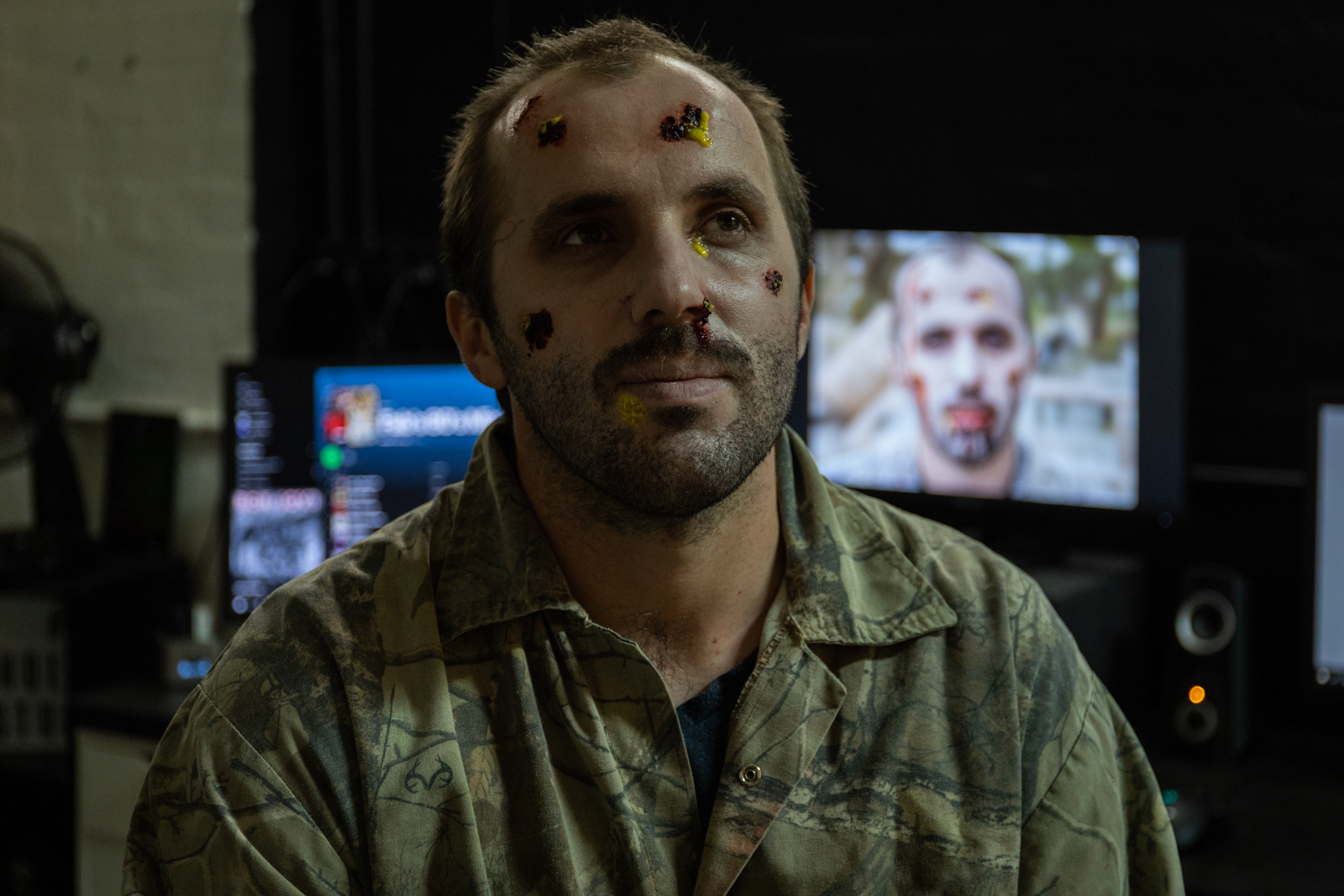 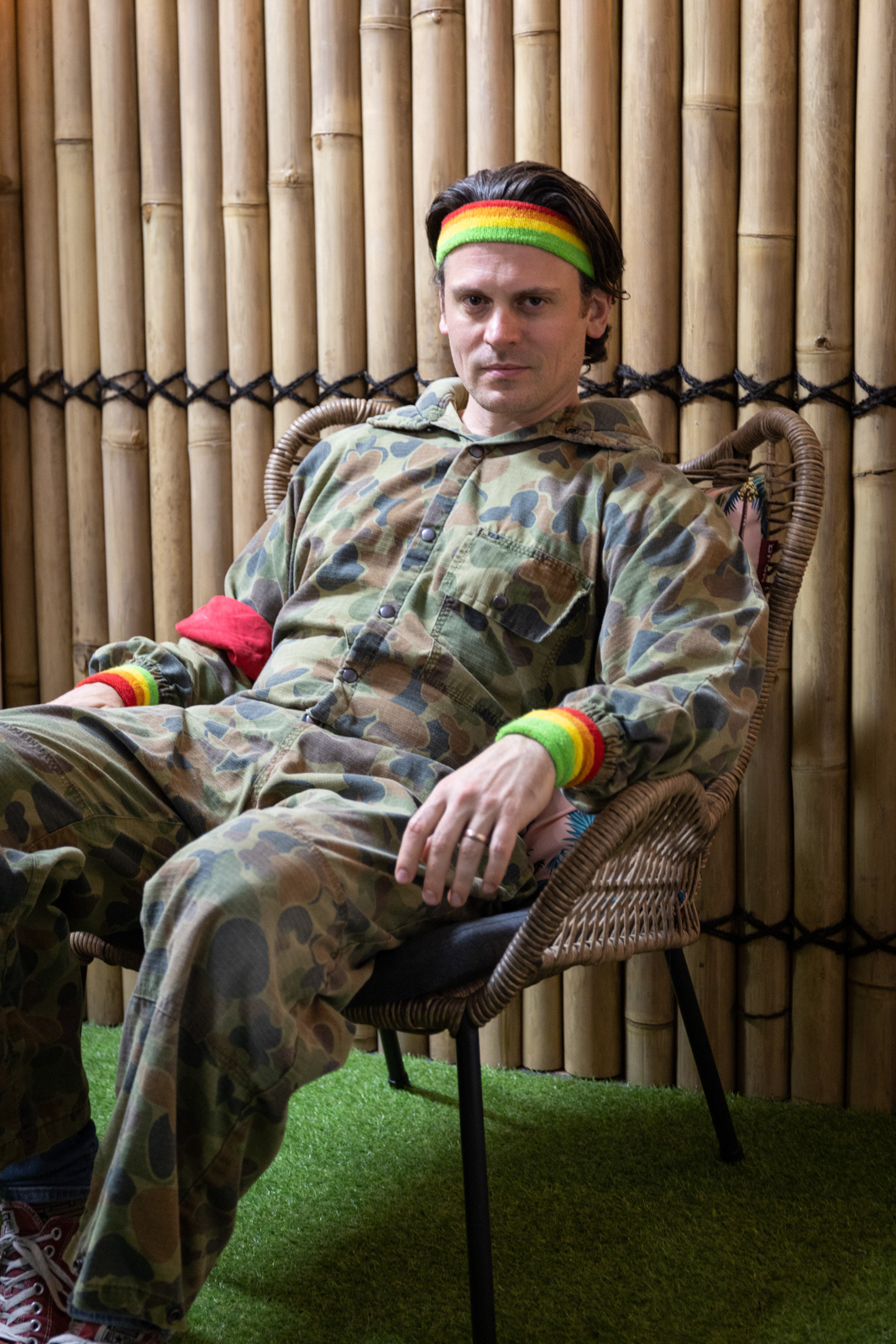 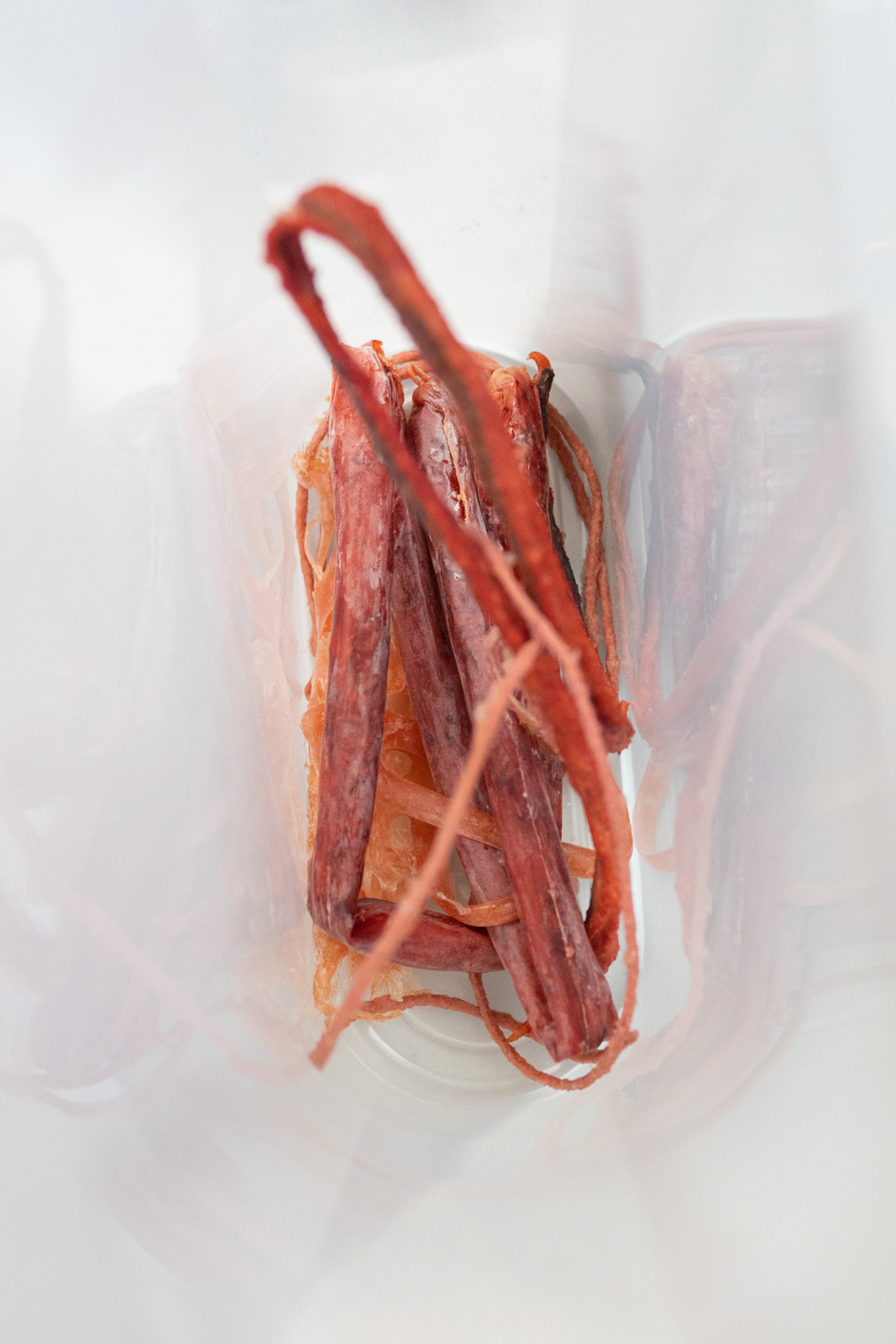 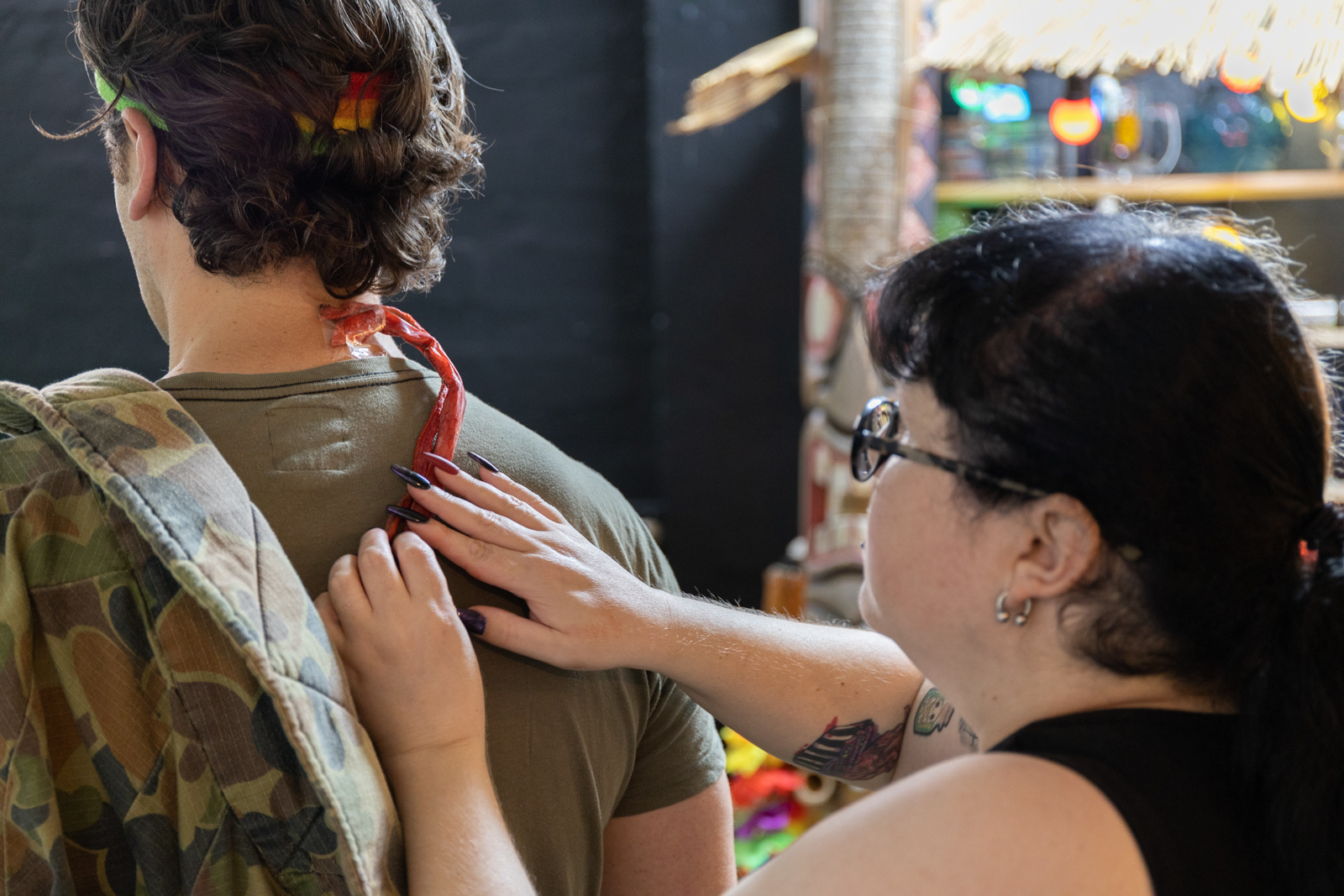 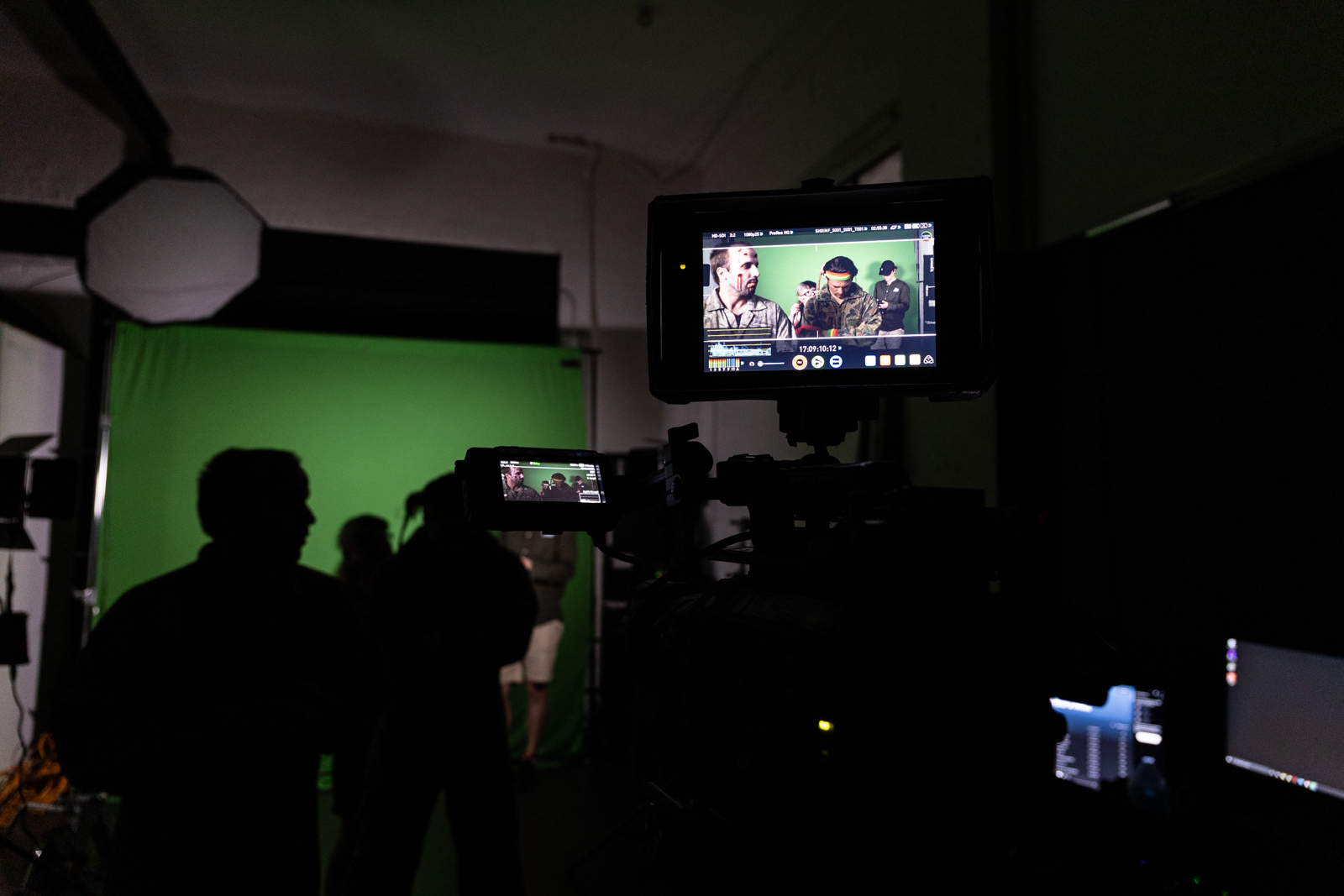 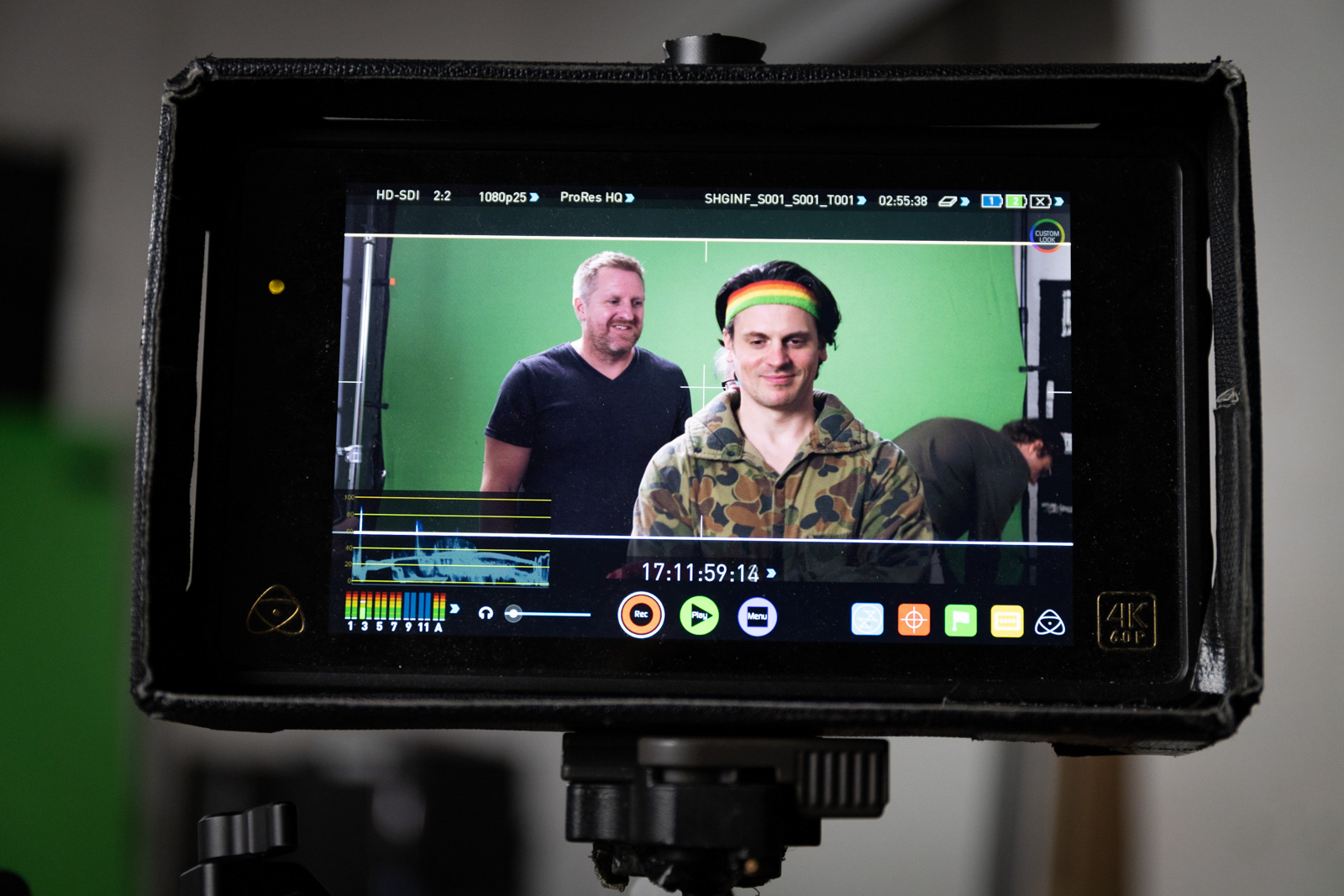 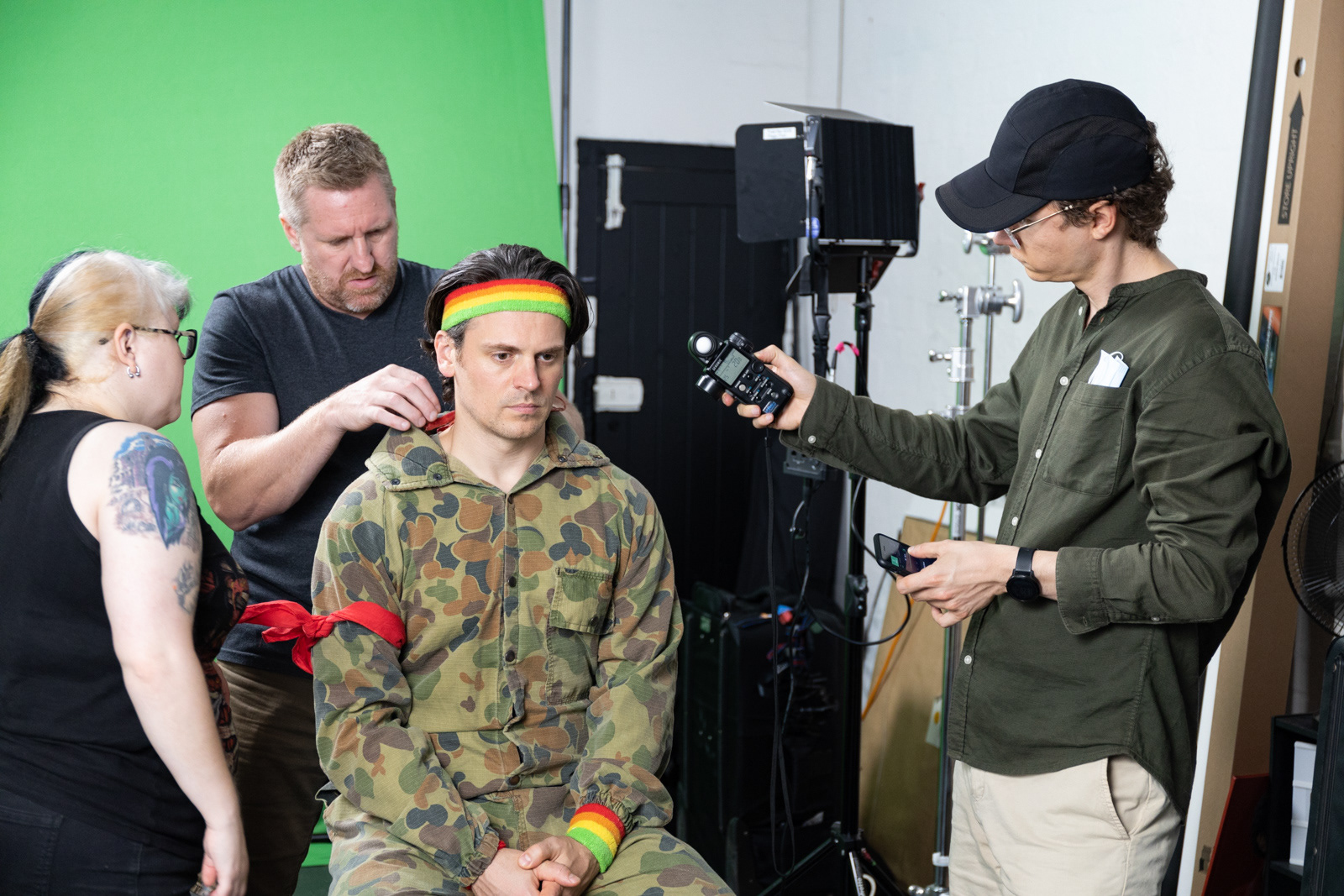 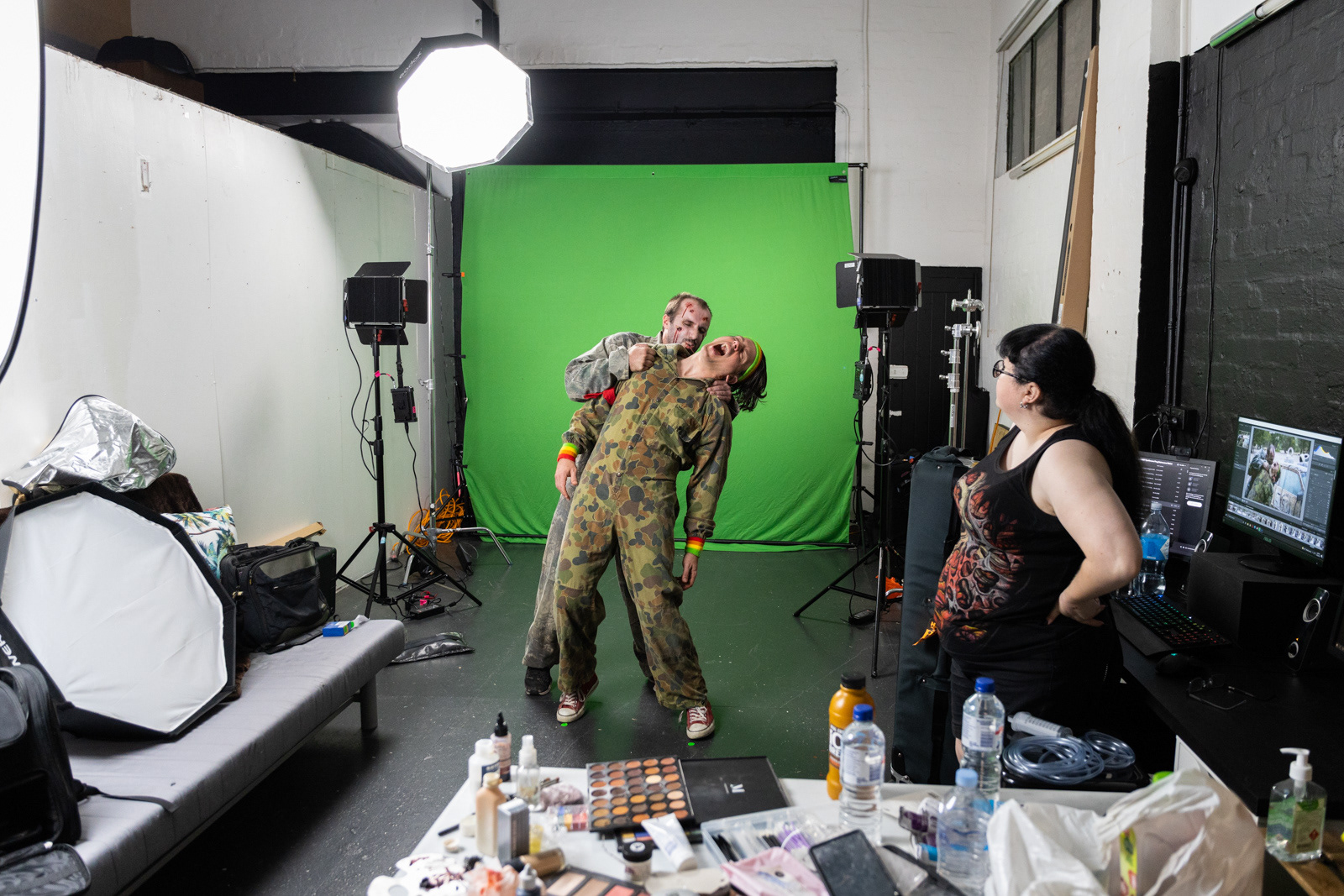 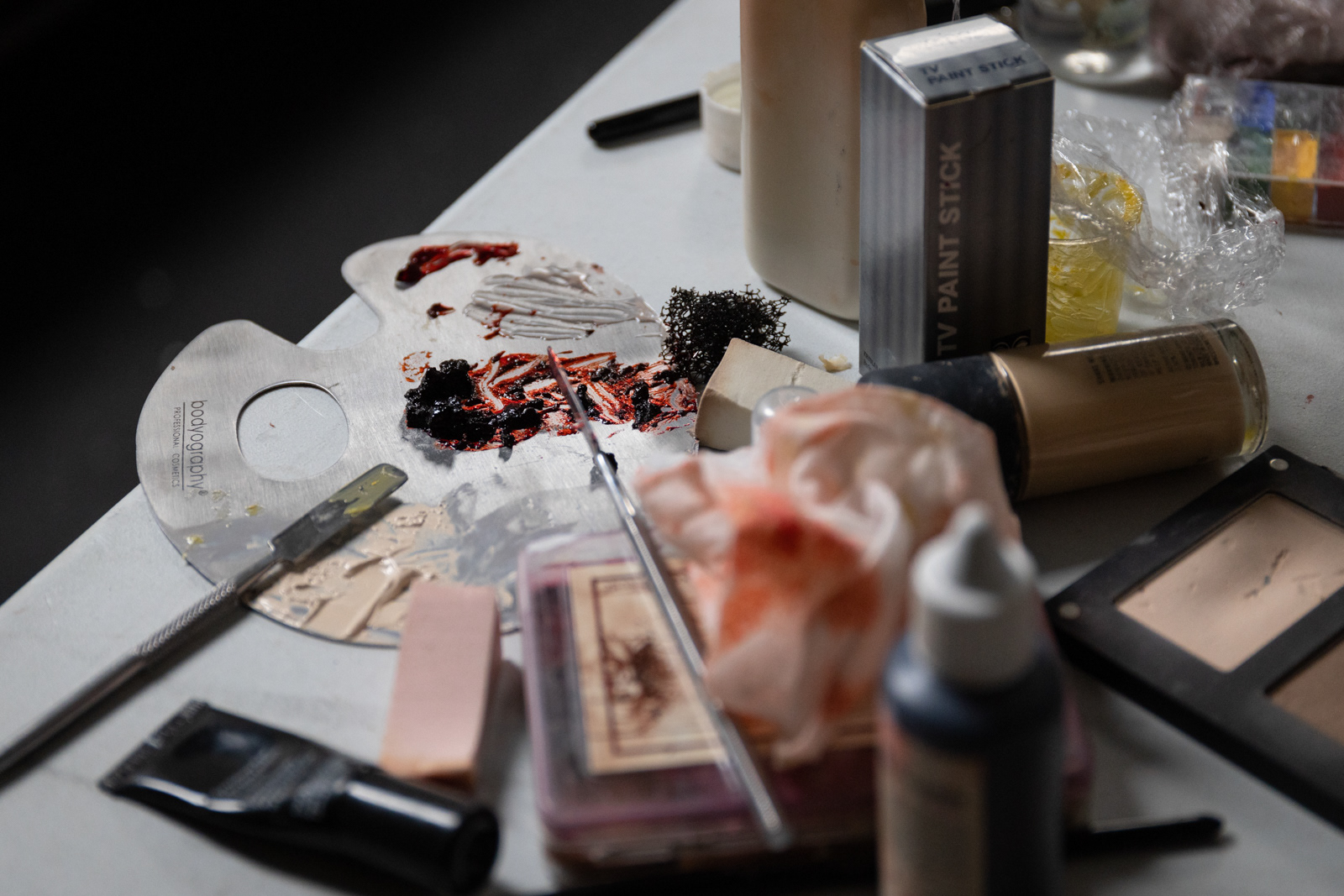 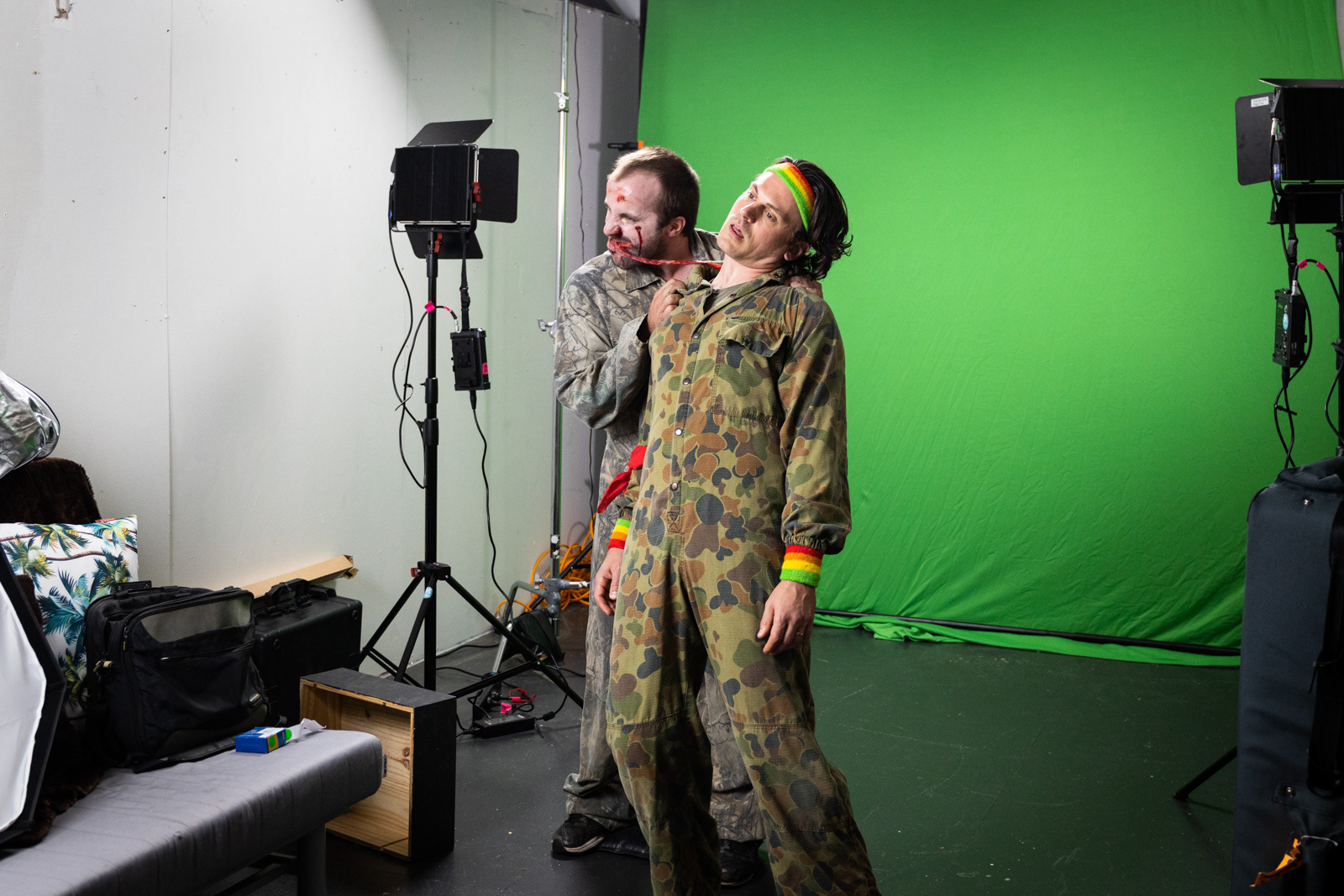 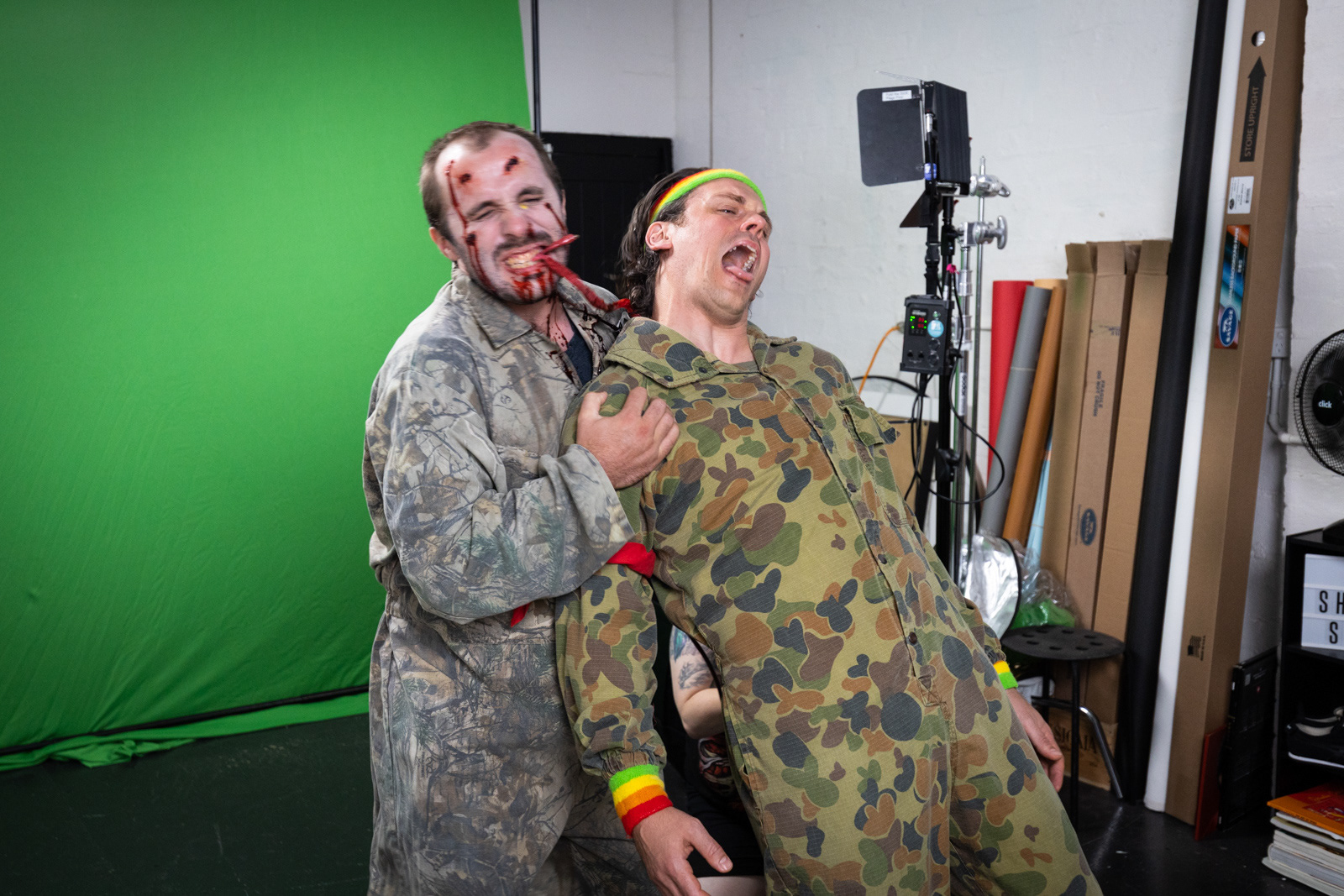 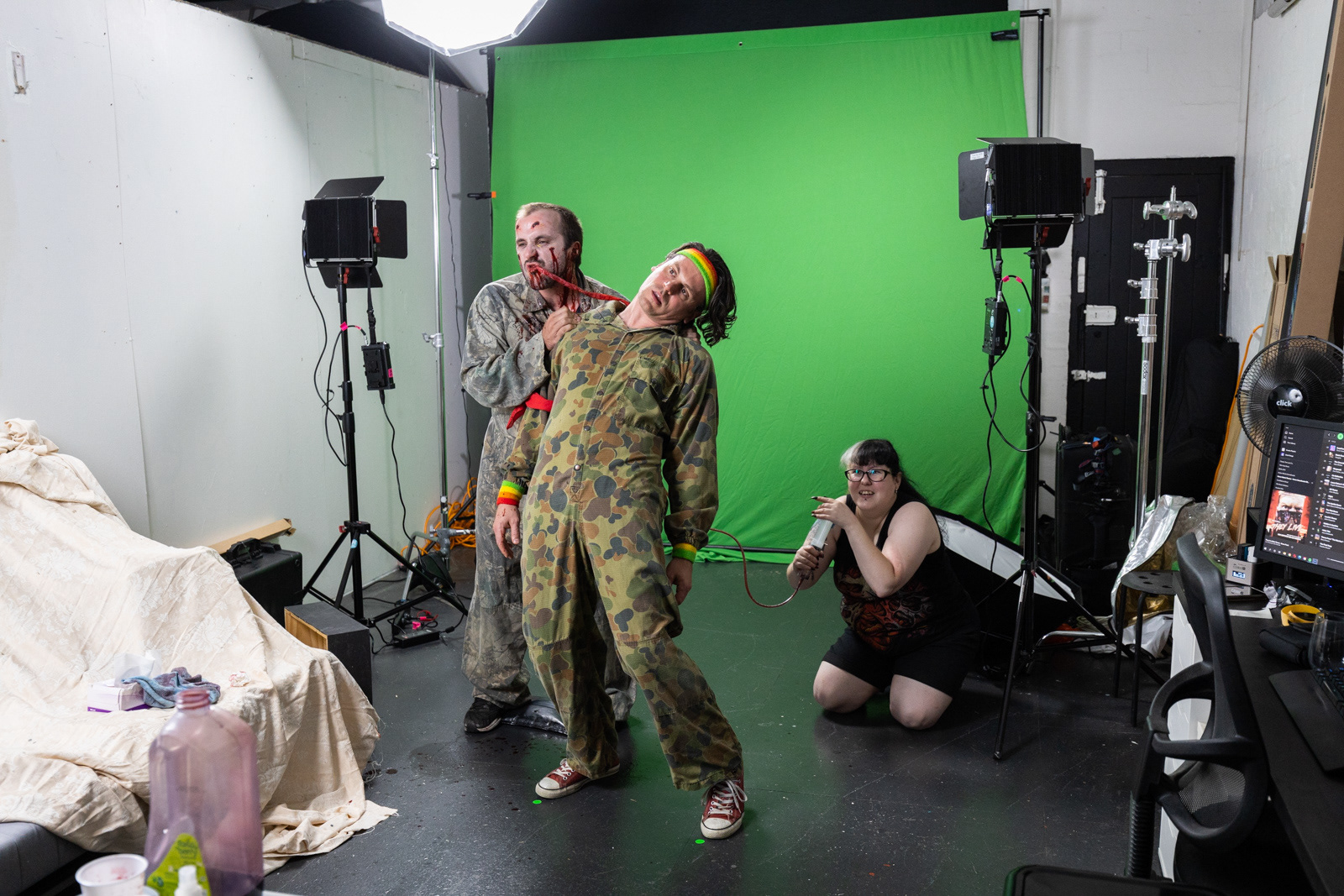 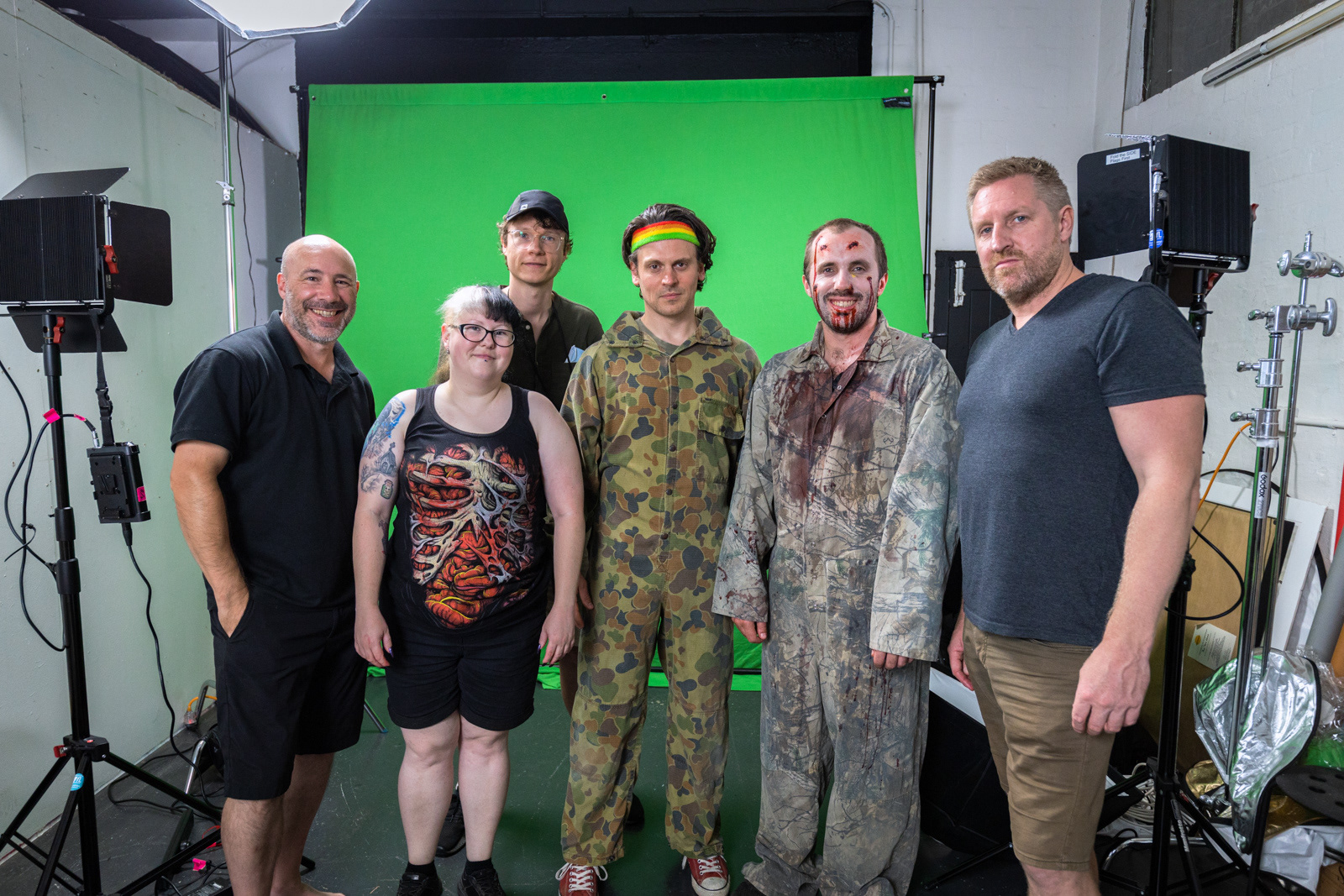